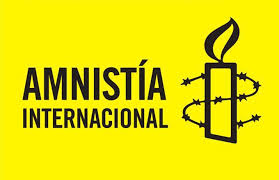 A former army sergeant was arrested yesterday for his alleged part in dozens of enforced disappearances and extrajudicial killings, including several emblematic cases of human rights violations.

Bernardo Alfonso Garzón Garzón, an ex intelligence agent of the Operational Intelligence and Counter-intelligence Command (Comando Operativo de Inteligencia y Contrainteligencia, COICI) of the army’s Charry Solano Battalion, is implicated in over 30 cases of enforced disappearances and extrajudicial executions carried out in Bogotá between 1984 and 1990.

Bernardo Alfonso Garzón Garzón’s testimony to the Office of the Procurator General in 1991 and to the Office of the Attorney General in 1994 played an important part in securing convictions in several key human rights investigations, including the Palace of Justice case. His testimony was also crucial in ensuring the remains of Nydia Erika Bautista were located. But most of the cases in which he is suspected of criminal responsibility have not advanced.

There are serious concerns over the safety of some of the witnesses in the criminal investigations implicating Bernardo Alfonso Garzón Garzón. Amnesty International calls on the Colombian authorities to guarantee the safety of these witnesses and ensure that any physical protection measures are in strict accordance with the wishes of the witnesses.

Impunity continues to be a hallmark of Colombia’s 50-year-old internal armed conflict, and is one of the reasons why hostilities persist. Very few of those suspected of criminal responsibility for human rights and humanitarian law abuses committed during the course of the ongoing conflict have ever been brought to trial.

The Palace of Justice is one of Colombia’s most emblematic cases of human rights violations. Over 100 people died in the assault, including 11 Supreme Court judges. The body of only one of the 12 victims of enforced disappearance in this case, Irma Franco, has ever been found. Only two senior officers, General Jesús Armando Arias Cabrales and General Luis Alfonso Plazas Vega, have ever been convicted for their participation in the enforced disappearances and in other human rights violations committed by the security forces during the assault.

Nydia Erika Bautista de Arellana, a student activist and member of the guerrilla organization 19 April Movement (Movimiento 19 de Abril, M-19), was kidnapped on 30 August 1987 by undercover operatives of the army in Bogotá. The criminal investigations revealed that she had been held for two days and then taken to the Quebradablanca area of the municipality of Guayabetal, Cundinamarca Department, where she was tied up and killed with a single shot to the head. She had been tortured and was subjected to sexual violence.

On 26 July 1990, the authorities exhumed a body which had been located on 12 September 1987 in Guayabetal. The remains were confirmed as those of Nydia Erika Bautista. Bernardo Alfonso Garzón Garzón’s testimony led to the location of the body and to the identification of those who planned and carried out her enforced disappearance, torture and killing, including the then Commander of the army’s 20th Brigade, Colonel Álvaro Velandia Hurtado.

The criminal investigations into General Velandia and four other members of the armed forces for their role in this case have made virtually no progress.