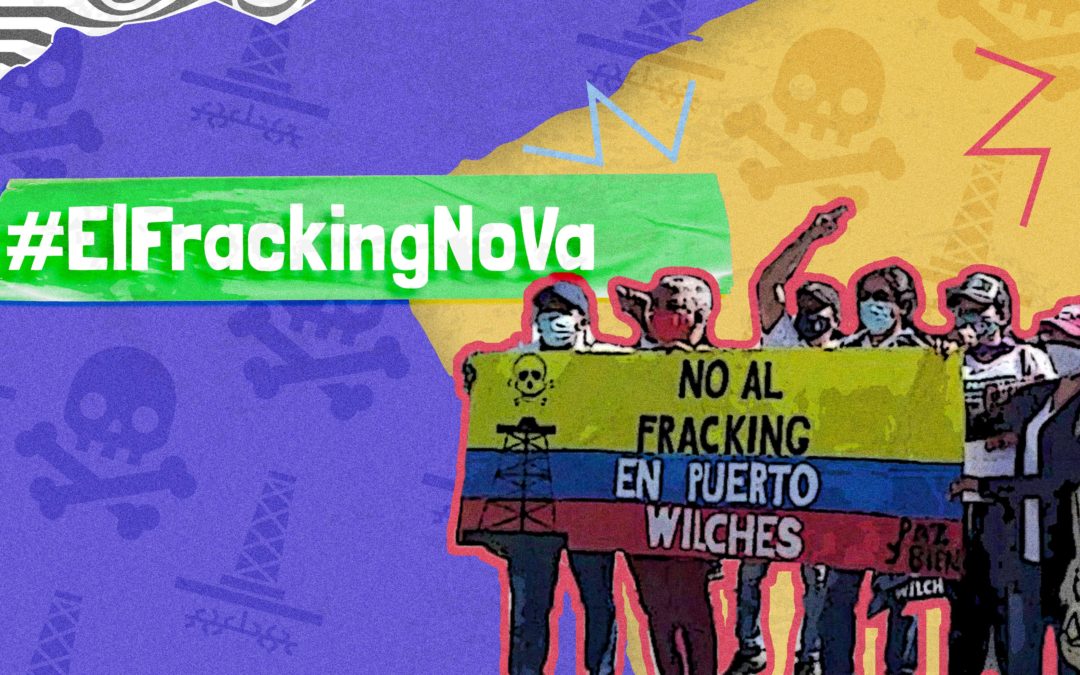 Human rights organizations together with the Colombia Free of Fracking Alliance, filed this Thursday before a Circuit Court a charge against the Ministry of the Interior, the ANLA and Ecopetrol, for the violation of the right to prior, free and informed consultation of the Afro-Colombian Corporation of Puerto Wilches – Afrowilches.

The charge filed by Colectivo de Abogados José Alvear Restrepo and Corporación Podion, on behalf of Afrowilches, seeks to suspend both the environmental license granted last Friday by ANLA for the Kalé fracking pilot project, as well as the licensing process underway for the Platero project, until the corresponding prior consultation process with Corporación Afrowilches is carried out in all its stages.

“We have filed this charge because of the omission of the Ministry of the Interior, the ANLA, and Ecopetrol, who despite requests made and despite knowing of the existence and registration of this organization, are illegally moving forward with the environmental licensing process without carrying out the prior consultation process, violating articles 2, 7, 40 and 330 of the Constitution and art. 7 of ILO Convention 169,” said Rosa María Mateus, lawyer for the José Alvear Restrepo Collective.

According to Lizeth Gómez, lawyer for the Podion Corporation and the Colombia Free of Fracking Alliance, “this action is a reflection of the arbitrary actions of the ANLA and Ecopetrol in their eagerness to obtain environmental licenses for the Kalé and Platero fracking pilots before the end of this government, so we seek to guarantee the rights of the Afro-Colombian communities that have opposed the development of these projects in Puerto Wilches”.

For Pedro Antonio Carballido, legal representative of the Afrowilches Corporation, “we hope that justice will protect our ethnic and cultural identity, which could be directly affected by these harmful projects, and order the immediate suspension of the fracking pilots, so as not to cause irremediable damage to our ancestral territory, water, ecosystems and the way of life of the Afro-Colombian communities of Puerto Wilches”.

We will continue to carry out all the legal, educational, advocacy and mobilization actions required to suspend the fracking pilots, which are taking place without the active participation of the communities and local authorities, and amid irregularities and threats that even involved the exile from the country of the young Yuvelis Morales, secretary of Afrowilches,” said Carlos Andrés Santiago, member of the Colombia Free Fracking Alliance, who also denounced that these two pilots would be “the entrance door for the 19 thousand fracking wells that Ecopetrol is contemplating in the Magdalena Medio in the commercial stage”.

This charge is in addition to another one, filed a month ago by organizations of the Mesa Ambiental de Puerto Wilches and the Alianza Colombia Libre de Fracking for the violation of their fundamental rights to environmental participation, access to information, due process and life and integrity, which is awaiting a second instance decision by the Superior Court of the Judicial District of Bucaramanga, and other lawsuits pending before the Council of State and the Court of Cundinamarca against the development of fracking.

The Corporación Afrocolombiana de Puerto Wilches – Afrowilches is in the Registro Público Único Nacional de Organizaciones de Base de las Comunidades Negras, Afrocolombianas, Raizales y Palenqueras of the Ministry of Interior with Resolution No. 086 of November 12, 2014, has been the subject of prior consultation by the Corporación Autónoma Regional – CAS for the POMCA of the Middle Lebrija River, adopted by Resolution 490 of July 25, 2018. Since 2018 it has been advancing a process of collective land titling in the area of influence of the Kalé and Platero fracking pilots, and after fulfilling all formal requirements it is awaiting registration as an Afro Community Council by the Ministry of Interior.