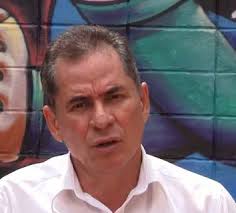 All the versions of this article: [English] [Español]

On 11th of February last year, the follow up of the demand for annulment of the judicial process against the human rights defender David Ravelo Crespo, member of the Regional Corporation for the Defense of Human Rights in Magdalena Medio (CREDHOS), from the city of Barrancabermeja, was filed before the High Court of Bucaramanga (Santander). In a number of occasions, the International NGOs and networks who have signed below have reiterated concerns regarding a series of irregularities throughout the proceedings which resulted in the conviction of Mr Raveloand his 220 month prison sentence.

David Ravelo Crespo has been detained since the 14th of September 2010, when he was accused of an aggravated homicide committed in 1991. We believe that in a legal system, it is of fundamental importance that certain legal guarantees relating to due process and the right to a fair trial are respected. According to objections these guarantees have been repeatedly violated during the legal process against David Ravelo. For this reason we question the conviction of David Ravelo and reiterate that David Ravelo has not received the rights and guarantees according to national and
international legal norms. Consequently we believe that the case against David Ravelo has been corrupted, therefore he should be released from detention and receive a fair and impartial trial that provides all the guarantees that have
been denied.

Since Mr. Ravelo Crespo has been detained, national and international bodies have highlighted his case and the lack of compliance with national and international standards of due process. On 4 September 2013, the presented an Amicus Curiae(1) in the case of David Ravel Crespo before the Superior Court of Santander (Colombia). Amongst other considerations the amicus curiae, concludes that the Judiciary should declare the process invalid and that David Ravelo should be absolved because “the conviction of Mr Ravelo was contradictory to the weight of evidence that in this case showed his innocence“.(2)

According to defense lawyers, these irregularities have undermined the defense of Mr. Ravelo Crespo and the integrity of the subsequent conviction. Among these irregularities, lawyers denounce the legitimacy of the prosecutor who led the investigation: Prosecutor William Pacheco Granados, from the Prosecutor’s Office no. 22 of the National Counter Terrorism Unit. Mr Pacheco Granados was previously a lieutenant in the National Police in Armenia (Quindío, Colombia) and was investigated by the Inspector´s General Office (Procuraduría3).

He was subsequently removed from his post by this authority as a result of his alleged involvement in the disappearance of William Hurtado Parra in Armenia in 1991.(4)

Furthermore the defense team for David Ravelo argues that current legal process is equivalent to a reformulation of previous charges that David Ravelo has already been cleared of, such as the claim that as a member of the Armed Revolutionary Forces of Colombia, he ordered the assassination of Nuñez Cala. We reiterate that David Ravelo was imprisoned for 27 months between 1993 and 1995 accused of rebellion, he was tried and cleared of all charges in the first and second stage of proceedings and furthermore he later won compensation from the state for arbitrary detention (5).

As International NGO´s and Networks we urge that the Colombian authorities order that David Ravelo be released immediately as well as the admission and processing in a transparent and effective way of the Cassation appeal put forward by Mr. Ravelo´s defense team. We also urge that all irregularities that have been mentioned since the detention of David Ravelo be investigated and sanctioned according to Colombian Law and relevant international legal standards.

NOTES
1. An amicus curiae (literally “friend of the court”) refers to presentations made by an unrelated third party regarding some point of law or other related matter
in order to assist in the resolution of the matter before the court.
2. Bar Human Rights Committee of the Bar of England and Wales (BHRC), Amicus Curiae before the High Court of Santander in relation to the trial and
sentence dictated First Criminal Court of the Specialised Circuit-Attached- (Providencia n º 151, radicado: 2011-0049-01 del 16 de noviembre de 2012. Causa
contra David Ravelo Crespo), Paragraph 72.
3. Autonomous body which controls and monitors the public function of state employees
4. The Inspector General´s Human Rights Delegate: Resolution 15 of 10 July 1992, Resolution 017 of 22 November 1993 and Resolution 2117 of 15 March 1994.
5. La Sandunga Films: En medio del Magdalena Medio, 2012