Attacks and aggressions against organizations and members of the Coordination Colombia – Europe – United States are evidence of a serious humanitarian crisis affecting the defense of human rights in Colombia. 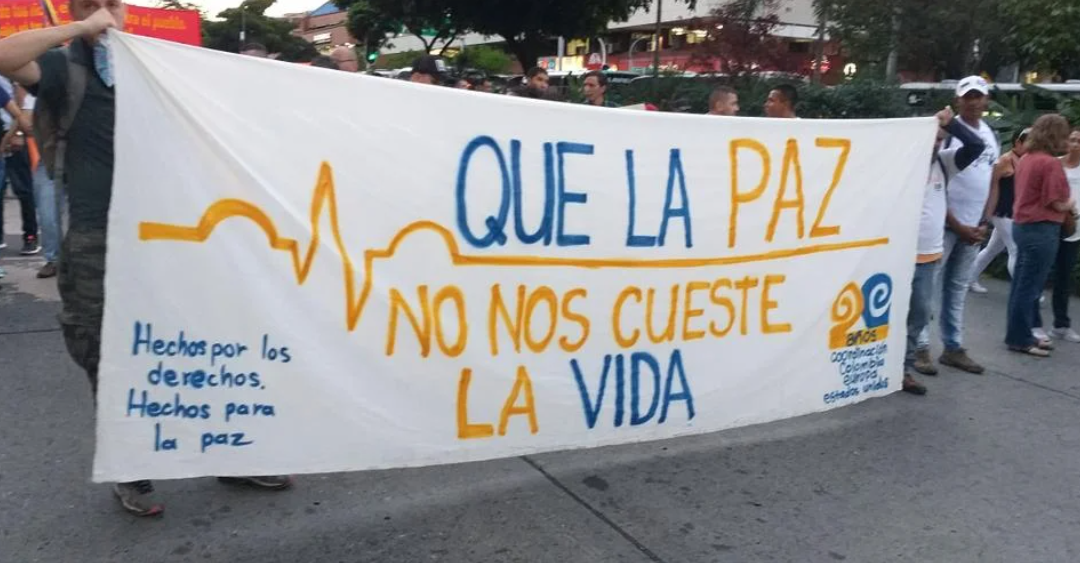 The Coordination Colombia Europe United States, CCEEU, denounces to public opinion, state authorities and the international community the systematic acts of aggression and harassment that have occurred in the last 6 months against members and organizations that are part of this national human rights platform, aggravated in the context of the electoral process that is taking place in the country, which we list below:

Previously, Sebastián Escobar, also a Cajar lawyer, had received telephone threats directed at him, as well as at the victim he represents before the JEP, Mr. Juan David Díaz, son of the former mayor of the municipality of El Roble, department of Sucre, Eudaldo Díaz Salgado, who was forcibly disappeared and murdered on April 10, 2003 after unsuccessfully petitioning the president of the time, Álvaro Uribe, to guarantee his life in the face of the threats he had received.

This is related to his denunciations of the actions of the National Army in the Cañón de San Pablo[1] that are described as work to favor illegal groups, when they are self-protection activities of these communities, which have included the installation of gates to protect themselves from habitual aggressors and for which they have been tried and prosecuted. Additionally, profiles have been created on social networks discrediting the work of Carlos Palacio in the defense of human rights, stating that it aims to affect the work of the security forces and favor illegal groups. On Saturday, May 18, the ASCNA headquarters in Anorí was the target of acts of intimidation during a joint patrol by the Army and the National Police, where weapons were pointed at the headquarters, photographs were taken and threats were made against its occupants.

Given the proliferation, intensity, systematicity and impunity with which these aggressions have been occurring and repeating themselves, the CCEEU demands:

To President Iván Duque: To comply with his obligations to dismantle the paramilitary criminal structures responsible for a high level of aggressions, and as Commander in Chief of the Armed Forces, expressly demand that the military and security agencies cease the stigmatization of human rights defenders and provide the necessary guarantees so that the people and organizations that carry out this work can do so without any type of interference or intimidation.

To the State authorities: Take the necessary measures to stop the aggressions against human rights defenders and social organizations and provide effective guarantees to carry out their work throughout the national territory.

To the Attorney General’s Office and judicial and control bodies: Investigate and bring before the criminal justice system and impose disciplinary sanctions on those responsible for these aggressions.

Finally, and within the framework of the current electoral process, the candidates elected for the second round must commit, if elected, to design and implement, together with social organizations and human rights platforms, a public policy of respect and guarantees for the exercise of the defense of human rights in harmony with the National Human Rights Action Plan and the Final Peace Agreement signed in 2016.

[1] Comprised between the municipalities of Guadalupe, Campamento and Angostura.