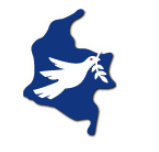 Is the United States government electronically monitoring the Peace Talks between the Santos government and the FARC guerrillas in Havana? If so, on what pretext is this being done?

On May 16, 2014 the Colombian newsmagazine “Semana” published a news story labelled “Exclusive” in which it presented proof—in the form of a video apparently taken surreptitiously—of the “hacking” for the campaign of Uribista Presidential candidate Oscar Ivan Zuluaga of conversations by FARC guerrilla negotiators at the Peace Talks in Havana between the government of President Juan Manuel Santos and representatives of the FARC.

In the video (http://www.semana.com/nacion/articulo/el-video-del-hacker-con-oscar-ivan-zuluaga/388438-3) the “hacker”, Andres Fernando Sepulveda – Ardila, is speaking in his office to Zuluaga and his campaign director, Luis Alfonso Hoyos. Sepulveda brags of obtaining information on FARC leader Timochenko, including where he is located and that he is sick with tuberculosis. He indicates this information comes from the “Southern Command” of the United States Armed Forces, to which he says he has access. (http://www.elnuevoherald.com/2014/05/11/1745903/colombia-espia-compro-datos-a.html)

He also says he has access to information collected by the U.S. military intelligence-gathering AWACS planes. He indicates that these planes “monitor their (the FARC’s) communications.” Colombia’s Fiscal General (Attorney General) Eduardo Montealegre has indicated that Sepulveda has bought secret information from members of the Colombian armed forces, making it available to the Zuluaga Presidential campaign. He also suggests that Sepulveda may have hacked into private conversations of President Santos.

These revelations call to mind several questions which General John Kelly, the Commander of the Southern Command; his boss, Secretary of Defense Chuck Hagel; and Secretary of State John Kerry need to answer for the people of the United States, as well as for Colombians.

1. Is the United States government electronically monitoring the Peace Talks between the Santos government and the FARC guerrillas in Havana? If so, on what pretext is this being done?

3. Exactly what information-sharing goes on between the United States government and Mr. Uribe, whose two Presidential terms (from 2002-2010) were marked by human rights abuses of the worst kind—murders; disappearances; “false positives” in which the Colombian military took in young men, murdered them and falsely presented them as “guerrillas killed in combat’; forced displacement of millions of people in rural areas; and collaboration of the Colombian Army with paramilitary death squads?

4. Has the United States government been trying to manipulate or control the outcome of the Colombian Presidential elections to be held next Sunday, May 25?