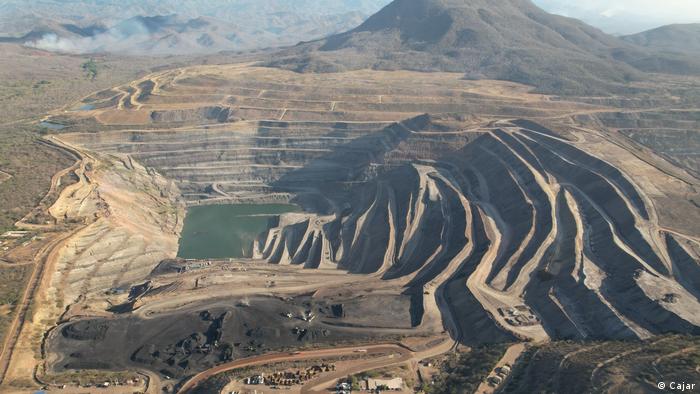 El Cerrejon in Colombia is one of the biggest open-cast coal mines in the world: image taken from dw.com.

Berlin wants to reduce its reliance on Russian coal by importing more from the biggest open-cast coal mine in Latin America. Its poor environmental and human rights standards have earned it the nickname “The Monster.”

Local people call it “The Monster.” It sprawls across more than 69,000 hectares, an area the size of 100 soccer fields, and gulps down 30 million liters of water every day in the barren semi-desert of Colombia’s second-poorest department, La Guajira. In return, it assuages the global hunger for coal – in Germany, too – by producing 30 million tonnes of it per year.

El Cerrejon is the biggest open-cast coal mine in Latin America, and one of the biggest in the world. It is owned by the Swiss company Glencore. If Germany’s chancellor, Olaf Scholz, has his way, “The Monster” will play a large part in ensuring that Germans don’t have to freeze next winter. The chancellor spoke to his Colombian counterpart, Ivan Duque, about it in early April – because if Germany is to end its reliance on Russian coal, it must urgently find an alternative.

A classic win-win situation, you might think. Not, however, for people like Dulcy Cotes. “The transnational companies are suffocating us with their greed for profit,” she says.

Visit from an armed gang

Cotes is one of the almost 700,000 indigenous Wayuu people, who live in Venezuela and north-eastern Colombia. More than 500 years ago, they were among the first groups to be persecuted by the European conquistadors. Half a millennium later, they were among the first victims of the illegal armed drugs cartels, who murdered them, extorted money, and drove them out. Now history is repeating itself for the Wayuu for the third time. Many live close to the black gold of El Cerrejon, meaning that they are once again in danger. 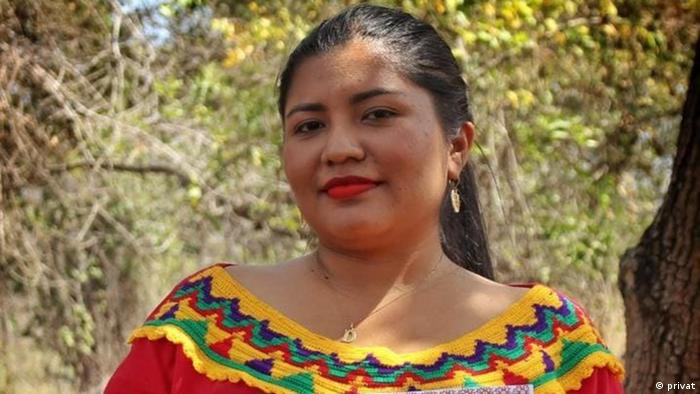 “One of our indigenous leaders, who is campaigning to stop the mining company diverting the Bruno stream in order to extract more coal, was visited a month ago by armed men on motorbikes. It’s typical for attempts at intimidation to be made against anyone who advocates on behalf of the environment and human rights,” says Dulcy Cotes.

She, too, has experienced this hostility. As a prominent member of the organization Fuerza de Mujeres Wayuu [Force of Wayuu Women], which is doing everything in its power to resist the effects of the mining, she is often targeted. “Many communities have already had to move away,” she says, “because the mine ate its way closer and closer to them. We don’t feel safe.”

Mining gives people an income – and makes them ill

But there are divisions within the Wayuu community. On one side there are people like Cotes, who are up in arms about the mine. On the other, there are those who work in El Cerrejon, and badly need the money. The mine employs thousands of people, in a region where there are almost no other jobs and every second person lives in poverty. 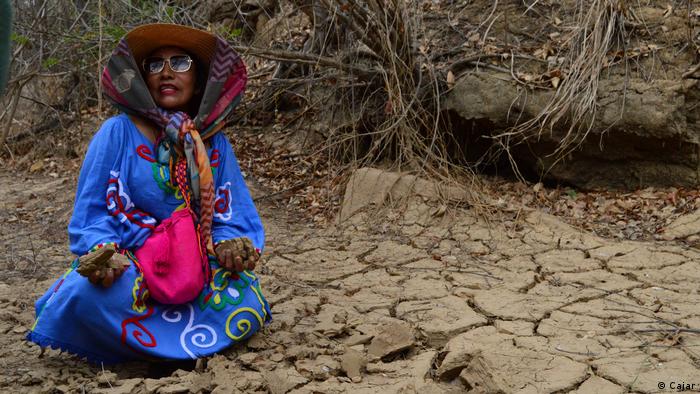 But Dulcy Cotes describes the back-breaking work they are made to do in the mine. “The people who are employed there work 12 hours at a stretch: the early shift from 6am till 6pm, or the night shift from 6pm to 6am They get sick from this, and from all the coal dust. It’s maximum exploitation. If they fall ill and demand compensation, they have to sue for it; the company never pays of its own accord.”

What Germany needs to know about El Cerrejon

There is a lot the human rights lawyer Rosa Maria Mateus Parra could tell German Chancellor Scholz about El Cerrejón. It is not a pleasant story. Its grim chapters bear titles like: exploitation, expropriation, forced resettlement, expulsion, destruction, irreparable environmental damage. Furthermore, in recent years the childhood mortality rate has risen sharply. Around 5,000 Wayuu children have died of starvation and thirst in the region around the mine. This horrifying figure even prompted the Inter-American Commission on Human Rights to get involved.

“It’s caused by the shortage of water, because rivers and streams are contaminated, or have dried up,” Mateus Parra explains. “And the lack of food, because coal is now mined where indigenous communities grew their vegetables. Those children who survive have skin rashes and respiratory diseases because of the fine particle pollution. We’ve proved all of this in court.” 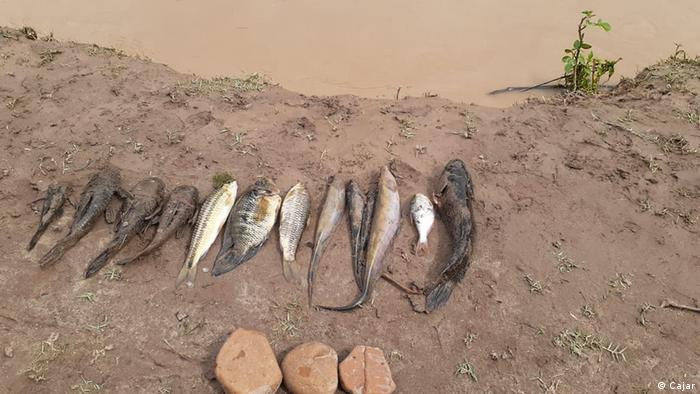 The mine has contaminated water courses in the region

What about the Colombian government? Mateus Parra is dismissive. She does, however, have high hopes of Gustavo Petro, whom she is backing to win the presidential election this coming Sunday. Petro, a guerrilla in his youth, is an economist and former mayor of the capital, Bogota. Mateus Parra says he is the only candidate who is critical of the destructive exploitation of nature, whereas the others are promoting continuity: the export of coal as a way to bring the domestic economic crisis under control.

“The provincial government of La Guajira is among the most corrupt in the country. And what we see coming out of Bogota is a political line that, in relation to economic and business interests, is one thing above all: subservient! No one examines it too closely when a company like Cerrejon Coal boasts that it is protecting fauna and flora and implementing reforestation, even though the reality is completely different.”

Stefan Ofteringer works in Colombia for Misereor, the aid organization of the Catholic Church in Germany, as a consultant for human rights. He has seen “The Monster” with his own eyes. A few years ago, he walked along the edge of the mine in the blazing heat of La Guajira. He says he will never forget it.

“On the one hand, there is this massive destruction. Then there is the huge quantity of fine particle pollution, both from mining and from the transportation of coal. And the earth tremors, and the noise from the daily blasting. Germany’s Garzweiler mine [an open-cast lignite mine, one of the biggest in the country – Editor’s note] is child’s play in comparison.”

Garzweiler coal mine: 20 villages swallowed, 6 more are set to disappear

Misereor is one of 160 organizations from 30 countries that initiated the campaign “Life Not Coal” earlier this month. They called on Scholz and Duque to stop exploiting the coal in El Cerrejon sooner rather than later, and, until then, to insist that human rights and environmental standards finally be upheld. “Diverting the course of the nearby stream, which is what the mine operators are pushing for in order to extract more coal, would be a socio-ecological disaster,” says Ofteringer.

Does the supply chain law pass the reality check?

Ofteringer is pinning his hopes on the supply chain law passed by the German parliament last year. According to this law, German companies are also obliged to trace and remedy any deficiencies when importing coal from Colombia.

Energy companies such as Steag and EnBW are therefore subject to this requirement. Uniper and RWE also buy coal from Colombia.

So if all goes well, it’s possible that “The Monster” may become less frightening in the future. The mine is expected to remain in operation until 2034. However, human rights consultant Ofteringer warns that “up until now, the companies have never set standards that were fair to the local population. And it has always been the wealthy elites that have benefited from mining in Colombia, never the impoverished population.”

This article has been translated from German by dw.com.