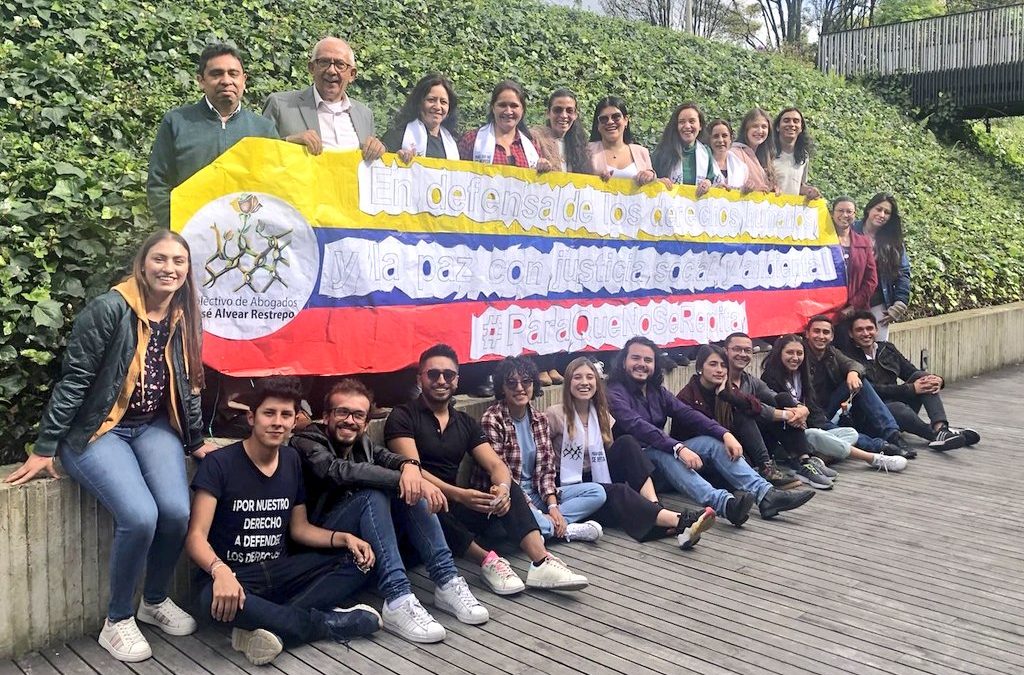 San José, Costa Rica. May 13, 2022. The Public Hearing of the case “Integrantes del Cajar Vs. Colombia”, which evaluated the harassment and persecution of the members of the José Alvear Restrepo Lawyers’ Collective for more than 30 years, was concluded. This is the first time that the Inter-American Court of Human Rights has held a trial in a case on the use of technology for state surveillance.

The hearing, held on May 12 and 13, heard statements from victims and experts questioned by the representatives, the judges of the Inter-American Court and the Colombian State. The victims spoke about the effects of systematic surveillance, harassment and threats on their personal and family life, as a result of their work as human rights defenders. This situation of state violence was described as “psychological torture” and presented as an example of what human rights defenders experience in Colombia.

The experts focused on exposing the limits to the actions of state intelligence bodies, the right of citizens to know if they are being watched and regulatory practices to “watch those who are watching us”, among others. The State argued that it had taken measures to protect the members of the Collective at the time and denied responsibility for the surveillance activities for which it was summoned to testify.

The testimony of lawyer Alirio Uribe highlighted the risks of his work as a representative of victims of serious human rights violations. “The decade of the 90s was very violent and, in the framework of the cases, I handled there were many threats, people who worked with me were murdered, disappeared and exiled, and I had to train my children to escape through the bathroom and the roof. There were many acts of terror. Of permanent psychological torture.” Her statement also exposed how state intelligence networks have played an essential role in the state’s attack against human rights defenders.

For her part, Soraya Gutiérrez Argüello, a Cajar lawyer, spoke of the differentiated impact suffered by women who decide to dedicate themselves to the defense of human rights. She described how persecution and constant threats, some of them chilling, had a direct impact on her family. For Jomary Ortegón, president of the Cajar and representative in the case, it is clear that this is a historic opportunity for the high court to confirm that the violence against the Cajar is part of complex strategies to position human rights defenders as “enemies of the State”. “The members of the Cajar deserve that our rights be restored, that the damages that we and our families suffered be repaired, that guarantees of non-repetition be adopted to allow us to continue developing this life project that we have chosen, which is the defense of human rights” she said.

The executive director of the Center for Justice and International Law (CEJIL), Viviana Krsticevic, co-representing organization in the case, also highlighted the importance for Latin America of having contributed elements for the Court to establish standards so that States can guarantee that intelligence work is in accordance with human rights. He also added the importance of considering the particular risk faced by human rights defenders: “For those who defend human rights, the burden of confronting the powerful is to live with a sword of Damocles over their heads. That is why we are here, to put an end to decades of persecution; for this Court to order full guarantees for the exercise of the defense of human rights”.

In their final arguments, Cejil and Cajar presented their petitions to be considered by the Court, which include the investigation and punishment, up to the highest level, of all those responsible for these acts, the development of a public policy of guarantees for human rights defenders, access to intelligence information on the victims that remains in state bodies, the recognition and full reparation of all victims, the realization of a public act of recognition of responsibility by the State and the development of a permanent campaign to support the work of human rights defenders.

The case reached the IACHR Court 22 years after the petition was presented to the Inter-American Commission on Human Rights and, in 2002, the latter decreed precautionary measures in favor of the members of the Collective and their families. In 2019, the IACHR submitted the Merits Report to the IACHR Court for the case to enter the body of justice of the Americas.

The aggressions documented between 1990 and 2002 include follow-ups, threats, attacks and illegal inclusion in intelligence reports, which led several of the lawyers to go into exile. From 2002-2010, the violence is characterized by stigmatization by high-ranking officials and the launching of smear campaigns, in addition to the continuation of threats and illegal intelligence.

Currently, Cajar accompanies 480 cases at national and international level, through which it seeks to ensure that serious human rights violations are clarified and those responsible are punished, especially in cases of forced disappearances, extrajudicial executions, massacres, torture, forced displacement, sexual violence, among many other crimes. At least 7,200 people in different departments of Colombia have benefited from this work.