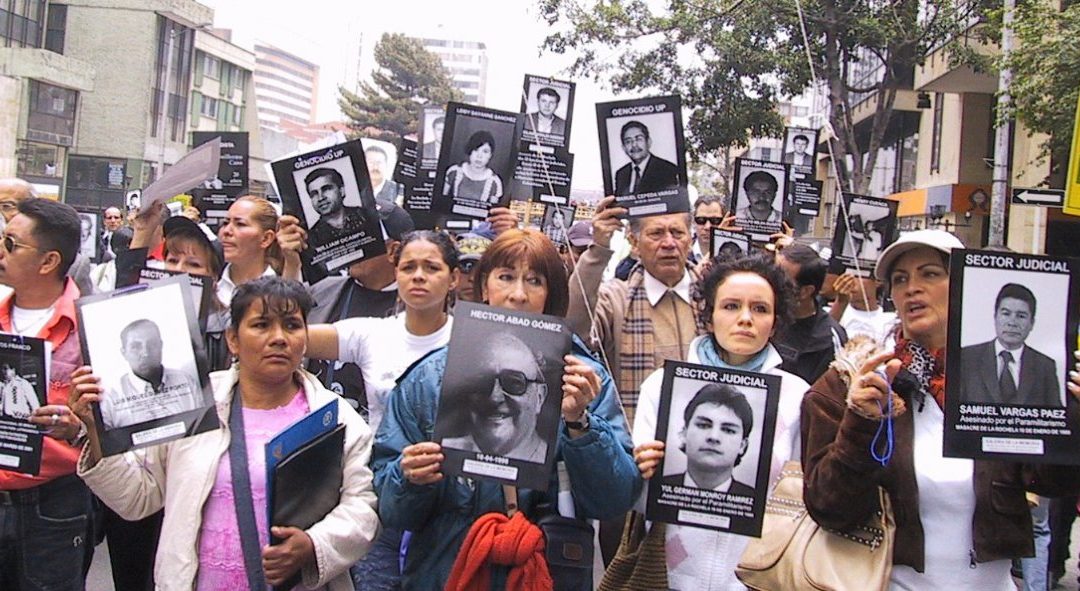 The undersigned human rights organizations and platforms, representatives for victims of human rights violations and State crimes, would like to call attention to several principles of International Human Rights Law that should be taken into account when discussing the constitutional incorporation and regulation of the Peace Accord reached between the National Government and the FARC-EP, and which have not been fully respected, including: participation of victims, guarantees of non-repetition and differentiated responsibilities between actors. Also, we note that the principles of the peace process itself such as authenticity and bilateralism, which must guide the legislative debate, have been altered.

On the 18th of January, 2017 the first debate was convened, within the framework of the Special Peace Legislative Procedure (Fast Track) in the Commission of constitutional issues, on the bills related to Legislative Acts 02 of the House and 03 of the House of 2017, which regulate the “Comprehensive System for Justice, Truth, Redress and Guarantees of Non-repetition,” SIVJRGR for its acronym in Spanish, and the “Responsibility of State Agents.” The order of business (1) did not include the participation of victims or their organizations, even though one of the peace process’ principles is the central nature of their rights and participation as an essential condition to attain stable and lasting peace.

This decision closed the door for victims to make contributions to the implementation mechanisms that could reinforce their protection and guarantee their participation within the Integral System’s procedures and other agreed upon points. In subsequent debates, and the regulation, this participation must be guaranteed in all the stages, culminating with litigation within the Special Peace Jurisdiction (JEP for its acronym in Spanish), specifically based on their constitution as a party to the proceedings, with real and explicit faculties for participation and dispute of the decisions.

We would like to call attention to the inappropriate accumulation of these draft legislative acts and some of the modifications that have been included in the presentation reports for the implementation of the Accords as they affect the principles of authenticity and bilateralism.

In relation to bilateralism, we mustunderstand that the treatment of state agents has its origin in an exclusively governmental initiative, while the SIVJRNR was agreed upon at the negotiation table. Thus, the Congressional representatives and the National Government are unjustly equatinga commitment signed by the National Government unilaterally (2) , and contrary to the spirit of bilateralism which guided the Peace Accords, to the set of provisions that were discussed and decided upon under good faith between the parties in the Havana Dialogues, with participation from the FARC-EP, victims, political leaders and civil society, and was then put before a public referendum procedure endorsed by the Constitutional Court.

Additionally, and in relation to the responsibility of state agents, although the Legislative Act’s motivations mention respect of the applicable standards of international law, the text does not acknowledge some of those standards, such as a comprehensive understanding of article 28 of the Rome Statute regarding superior responsibility, which could have implications in the investigation and prosecution of an array of crimes against humanity and war crimes, for example, in the investigation of the maximum responsible parties in cases of extrajudicial executions and forced disappearances. In relation to international standards, the principle of superior responsibility has been incorporated in multiple decisions by criminal court judges and the Supreme Court of Justice in application of article 25 of the Criminal Code. However, in the case of responsibility of non-military superiors, whether they be civilian public servants, executing functions related to law and order, police or military authorities, a mention of the treatment to be received is omitted, in this case there should be an application of national and international standards on criminal responsibility for either action or omission, as it has been applied by international criminal courts for the former Yugoslavia and Rwanda and the Rome Statute of the International Criminal Court (3).

The bill of the Legislative Act also establishes that to determine command responsibility in the Special Peace Jurisdiction, in the case of members of the State Security Forces, the Colombian Penal Code and International Humanitarian Law as a specific law“lex specialis” tobe applied, whereas it omits international human rights law as an applicable framework, in opposition to rulings from the Constitutional Court (4) and international courts (5) on this matter. Additionally, the bill, in a lack of technical foundation, grants a constitutional status to the State Security Forces’ operational rules. This could have legal implications contrary to the rights of victims, given that it could distort humanitarian law. This has been attempted in other bills, invoking operational law to include concepts such as “legitimate target” or “collateral damage” in order to exclude criminal responsibility of State Security Forces.

On the other hand, the principle of authenticity refers to the idea that the regulation must address that which has been agreed upon. A series of measures have been introduced that were not in the Agreement, such as the exclusion of recourse actions and third party claims (impleader) by the State against members of the State Security Forces, as established in article 90 of the Colombian Constitution -which indicates that in the case that the State is ordered to pay damages due to wrongful or gravely negligent acts by one of its agents, the former should recover payment made regarding the latter-; the exclusion of liability for members of the State Security Forces to monetarily redress victims; and the authorization for them to hold public offices or be state contractors.

The recently approved Law of amnesty, pardon and special criminal treatment moreover allows state agents who perpetrated serious crimes, to use the time served in prison for the effects of their pension; the lifting of the ban on convicted persons to be reintegrated into the State Security Forces; and the elimination of criminal, fiscal and disciplinary records. Together these are measures that contradict the spirit of the Final Accords, as well as the guarantor role of state agents and basic non-repetition guarantees for these kinds of crimes.

Similarly, we once again call attention to the grave situation of threats that human rights defenders continue to face throughout the country, which are attacks against the Colombian people’s desire for peace. This year to date, at least eight male and female leaders have been assassinated. The authorities must investigate and clarify these incidents without ruling out any hypothesis, nor denying the systematic and generalized nature of the aggressions. The social organizations request a speedy activation of the “unit for the investigation and dismantling of criminal organizations,” which was incorporated in point 74 of the Accords, as a guarantee for non-repetition with respect to an effective dismantling of the paramilitary phenomenon.

We reiterate that the participation of victims of human rights violations and their organizations be guaranteed in these discussions, as well as respect of the principles of international human rights law. In spite of the enormous enthusiasm and commitment from victims and civil society organizations in the defense of the peace process, the National Government and Congress of the Republic are not acknowledging their relevance in the principle scenario for democratic debate and are violating the basic principles of authenticity and bilateralism which inspired the achievement of the Final Agreement for the Termination of the Armed Conflict and the Construction of Stable and Lasting Peace.