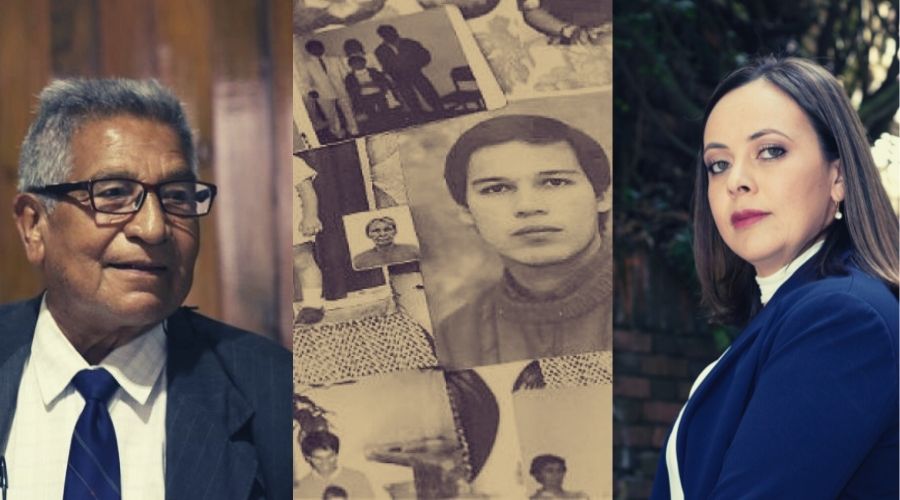 On the morning of Thursday, May 26, 2022, Yessika Hoyos Morales, human rights lawyer and member of Cajar, received a text message on her cell phone with the following threatening message, which alludes to her work as representative of Mr. Alfonso Mora León, father of Jenner Alfonso Mora, victim of the Mondoñedo massacre, committed by members of the National Police-Dijin on September 6 and 7, 1996:

The day before, Wednesday, May 25, the defender also detected that in the afternoon there had been an illegal entry to her home.  When a relative arrived at the home, she found the door wide open and some of the items in a different arrangement than usual.  Both this intimidating act and the aforementioned threat have already been brought to the attention of the investigative authorities.

It should also be noted that this is the second time that the lawyer and Mr. Mora have received a threat of this type in the context of their work before the JEP.  On Friday, June 11, 2021 -after the culmination of a series of reserved hearings in the framework of the same case of the Mondoñedo Massacre-, two text messages with threats addressed to her and Mr. Alfonso Mora arrived to the cell phone of attorney Yessika Hoyos Morales with the following words:

Soon, the reserved hearings on the contribution to the truth in the case of the Mondoñedo Massacre will resume in the JEP, where the members of the police force convicted by the ordinary justice system and now subject to transitional justice, are obliged to contribute to the rights of the victims to truth, justice, reparation and guarantees of non-repetition.

These events occurred at a time when the Inter-American Court of Human Rights is pursuing a case against the Colombian State for illegal intelligence, threats, attacks and other acts of continued persecution against members of the Cajar, whose public hearing was held on May 12 and 13.  More than 30 testimonies of Cajar members and their families, including that of the defender Yessika Hoyos, have been submitted to the international process regarding different aggressions and human rights violations experienced in the exercise of their legal and legitimate work.  Because of this persecution, the IACHR maintains precautionary measures in favor of all members of the human rights organization.

The Attorney General’s Office to diligently investigate these new acts against the victims of the massacre and their representatives, as well as the more than 100 aggressions against members of the Cajar that remain unpunished.

To the Special Jurisdiction for Peace -JEP-, to take into account and follow up on these serious facts that threaten the procedural guarantees of the victims and hinder the search for truth and justice.

To the international solidarity of our colleagues who defend and promote human rights, to send messages of rejection of the attacks faced by the victims who demand justice and the human rights defenders who represent them.

The Mondoñedo massacre, committed on September 6 and 7, 1996 by members of the National Police-Dijin, left as victims the young men Vladimir Zambrano, Arquímedes Moreno, Jenner Alfonso Mora Moncaleano and Juan Carlos Palacio Gómez. On September 7, their bodies were found in the garbage dump in the municipality of Mondoñedo located in the Hacienda “Fute” near the road that leads from Mosquera to Soacha. At the same time, young men Martín Alonso Valdivieso and Federico Quesada were murdered in the towns of Fontibón and Kennedy, respectively.

Before the crime, a group of DIJIN men had identified, with the help of alleged witnesses, these six young men as members of the Antonio Nariño urban network of the FARC guerrillas, who in 1995 set off an explosive device at the police headquarters in the Kennedy district of Bogotá, which claimed the lives of three uniformed officers. The policemen acted by their own hand and executed the young men and incinerated their bodies to avoid recognition.

On August 3, 2001, one of the agents involved, William Nicolás Chitiva González, confessed to the facts and apologized to the family members. He was later murdered along with his two sons in 2007, events that remain in impunity. In 2013 and 2017, 8 members of the police were convicted for these acts.