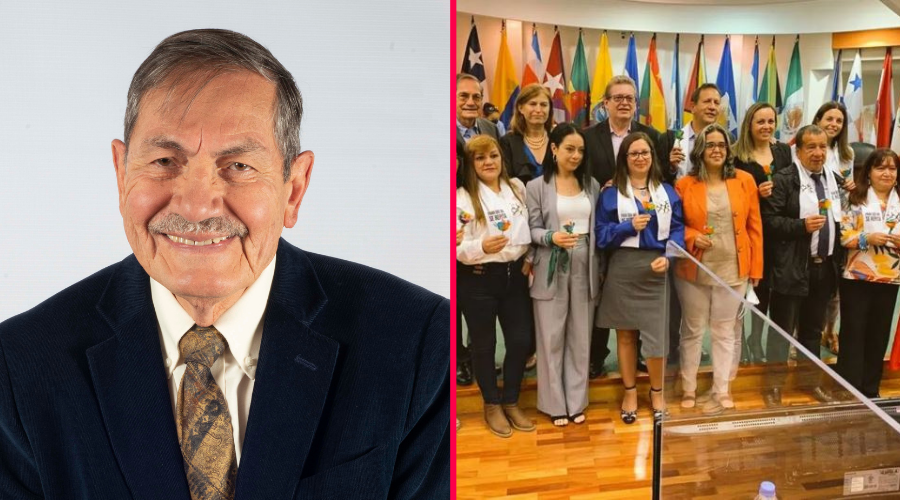 16Originally published in Spanish in : Confidencialcolonbia.com

In a public hearing before the Inter-American Court of Human Rights, held in San José, Costa Rica on May 12 and 13, 2022, the team of the “José Alvear Restrepo” Lawyers’ Collective Corporation -CAJAR-, presented the acts of harassment against our work in defense of human rights of which we have been victims for decades. We demand truth, justice and reparation for these acts, and that they not be repeated.

The events began in 1980 when at that time the Ministry of Government, now the Ministry of the Interior, denied us legal incorporation based on the Security Statute of President Julio César Turbay Ayala, because of our work in defense of political prisoners. From then on, the acts of harassment, stigmatization and discrediting included the inclusion of several members in intelligence reports of the Police, the Army and the Administrative Department of Security, DAS, media smear campaigns, threats, robberies, attacks, displacements and exiles, as well as a gigantic intelligence operation aimed at silencing us. These actions to restrict our work have not ceased to date. The continued persecution of the victims in this case is based on the notion of “legal warfare”, according to which those of us who use the law to prevent and respond to human rights violations are, under the doctrine of national security, part of the enemy to be fought.

In the hearing we highlighted the abuse of intelligence by the State in light of the operations known as Transmilenio, Intercambio, Imprenta, Europa, Arauca, Encuentro, among others, executed to affect the various dimensions of CAJAR’s work. These operations raise profound questions for us: What are the effects of the false information contained in intelligence reports linking CAJAR members with armed groups? What is the use that the National Army was going to give or gave to the illegal profiling revealed in 2020? What has the State done with the illegal intelligence information gathered with respect to the Inter-American Court itself, the Inter-American Commission and the litigant NGOs CAJAR and CEJIL, in the framework of the DAS operation “Intercambio”?

The State argues that the adoption of Law 1621 of 2013 on intelligence and counterintelligence represented “a significant advance” in internal regulation. However, according to expert witness Federico Andreu this regulation has important shortcomings: 1) it allows the monitoring of the electromagnetic spectrum, i.e. the massive capture of metadata without judicial authorization; 2) the intelligence exercise does not have adequate independent civilian controls prior, during or after; 3) there is no mechanism for access, correction and purging of the information collected and the law provides for the reservation of the information collected for a space of 30 years; and 4) due to the time in which it was issued – 10 years ago – it did not take into account the new technologies that allow accessing equipment remotely.

For his part, the expert Rodrigo Uprimny said that the law on intelligence and counterintelligence must be reformed, moving forward with an autonomous and independent civilian control. It is necessary to move towards the delivery of the information collected regarding the victims in our case, adding articles 11, 13 and 25 of the American Convention, and to comply with the recommendations of the political body issued by the Advisory Commission for the Purification of Intelligence and Counterintelligence Data and Files, installed in 2014.

What do we expect from the Court?

First, the State must recognize the pluriofensive, circular, continuous and systematic nature of the aggressions, as pointed out by expert witness Ángela María Buitrago. It must ensure diligent investigations that include all perpetrators and all behaviors, that consider differential impacts on women, and whose results are public.

Second, to order that the investigation of the facts of the case be carried out in accordance with international standards contemplated for other serious crimes, including: the development of investigations in context, the construction of a community of evidence and identification of patterns, the use of the criminal definition of torture, displacement and others, and attention to the end of the aggressions.

Third, to order the adoption of a comprehensive public policy for the protection and guarantee of human rights defenders, taking into account the provisions of the Peace Agreement, the proposals of the human rights networks and the guidelines set forth in the written expert opinion of Lourdes Castro and Leonardo Díaz.

Fifth, that the Court recognize all the victims we represent and order the State to recognize and compensate others included in files and intelligence reports that we do not know about due to State secrecy.

Sixth, to order an act of recognition presided over by the President of the Republic in which CAJAR’s contributions to justice and the strengthening of democracy are praised.

Seventh, that the Court order the development of a permanent campaign to legitimize in public opinion the exercise of the defense of rights and reject the existing biases and prejudices derived from military doctrines that see us as “enemies”, which must be dismantled.

If those of us who defend human rights are not protected, what kind of democracy are we talking about? #ParaQueNoSeRepita #NotToBeRepeated