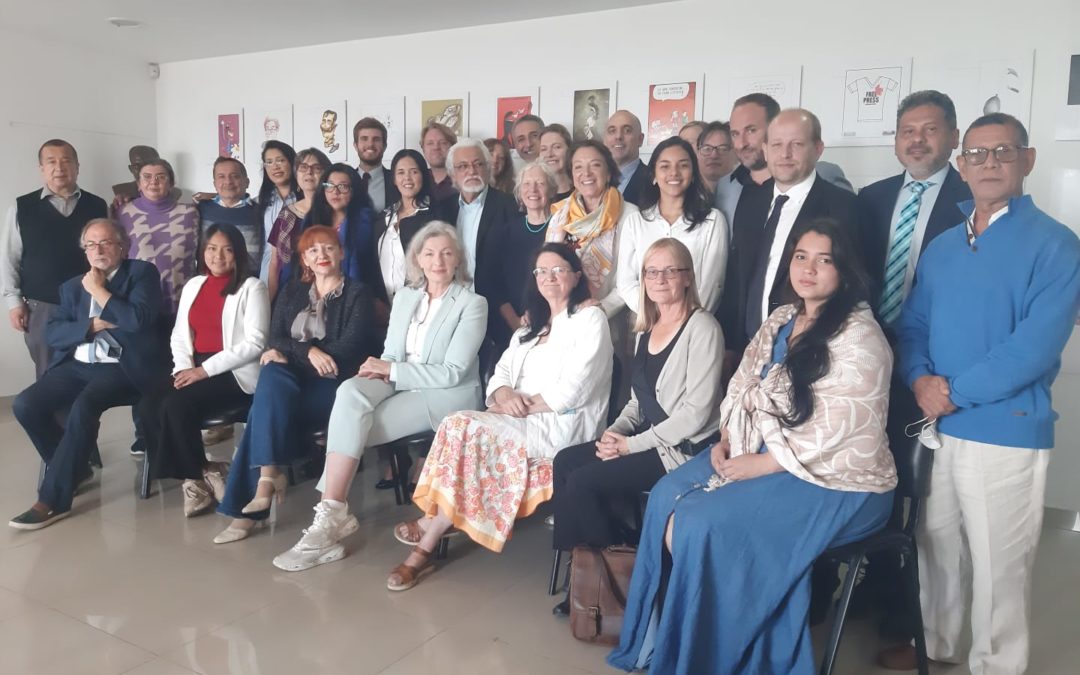 Bogotá, 26 August 2022 – The VII International Caravana of Lawyers1 has travelled to the regions of Cali, Bucaramanga, Cartagena and Cúcuta where, by listening, observing and gathering the testimonies of victims of human rights violations and their relatives, their legal representatives, the judiciary and institutions, it has reached these preliminary findings.

One starting point is the concern about the lack of implementation of the Peace Accord, the continuity of the armed conflict, as well as the serious and increasing levels of violence perpetrated by illegal armed actors involved in drug trafficking and other criminal activities in the regions. Other key elements of the complex current situation include the high and rising levels of poverty and unmet basic needs of the communities, as well as the conflicts surrounding access to water, land and the presence of extractive projects that threaten water and other natural resources.

The Caravana is deeply concerned about serious threats to the rule of law that limit access to justice, the repression of political participation and social protest, and the lack of security guarantees for those carrying out vital human rights work in Colombia.

Finally, we found an active and participatory civil society and human rights movement, committed to strengthening the rule of law and peacebuilding. We thank the State and embassies for receiving us. We spoke with representatives of the State with a strong commitment to human rights, however, serious threats to the practice of law and to civil society remain.

These are the preliminary reflections of the VII Caravana, and the final report will be presented in due course.